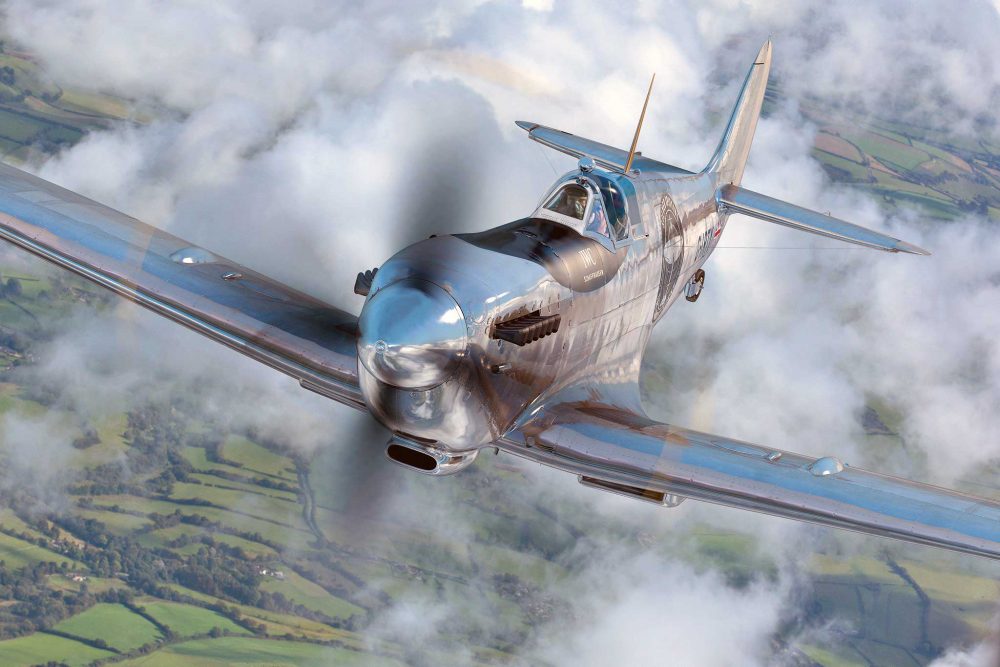 What aircraft would you choose to fly around the world? Something comfortable, with plenty of room in the cockpit, economical on fuel? Not Matt Jones and Steve Brooks, founders of the Boultbee Flight Academy. For them, there was only one choice – a Spitfire.

Next year, they plan to set off westwards in an original but thoroughly restored 1943 Spitfire that saw 51 missions in WWII, and fly 27,000 miles over the following four months.

The aircraft will also be finished in polished silver, hence the project’s title Silver Spitfire – The Longest Flight.

“The decision to fly the Silver Spitfire around the world was an instinctive one to honour the plane’s history, the people who built it, maintained and flew it through more than 50 missions, and we want to commemorate those who lost their lives in the pursuit of freedom,” said Matt Jones.

“It’s going to be exciting to bring the Spitfire back to many of the places it has served and to fly it for audiences who will see this beautiful and historic machine for the very first time.”

Steve Brooks commented: “Our aim for the flight is to inspire everyone who encounters this wonderful Silver Spitfire to achieve their ambitions, however daring, unusual or challenging. The chance to showcase this piece of British precision engineering for a truly global audience is a pilot’s Everest and an unmissable opportunity.”

The expedition is supported by The GREAT Britain campaign. International Trade Secretary, Dr Liam Fox MP, said, “The Spitfire is an iconic symbol of world-class aerospace engineering, and I’m delighted to see this unique piece of British history brought to a global audience.

“Extraordinary projects such as this are exactly what the GREAT campaign is there to promote – showcasing the best of Britain to the world, encouraging people to visit, study and do business here.”

The principal sponsor of Silver Spitfire – The Longest Flight is IWC Schaffhausen, a luxury watch manufacturer from Switzerland. The company, founded in 1868, is famous for its pilots’ watches.

The Spitfire, MJ271, will be unveiled in spring 2019. It will begin with test flights around the UK in the spring and summer, before departing westwards in summer 2019. MJ271 is an original MK.IX LF made in Castle Bromwich in 1943 by British manufacturer Vickers Supermarine. It flew more than 51 missions.

The Silver Spitfire will be accompanied by a specially adapted Pilatus PC-12 for filming and unique viewing opportunities. Stamp Productions’ Producer Ben Uttley and Director of Photography John Dibbs will fly in the support aircraft to produce a documentary of the flight.