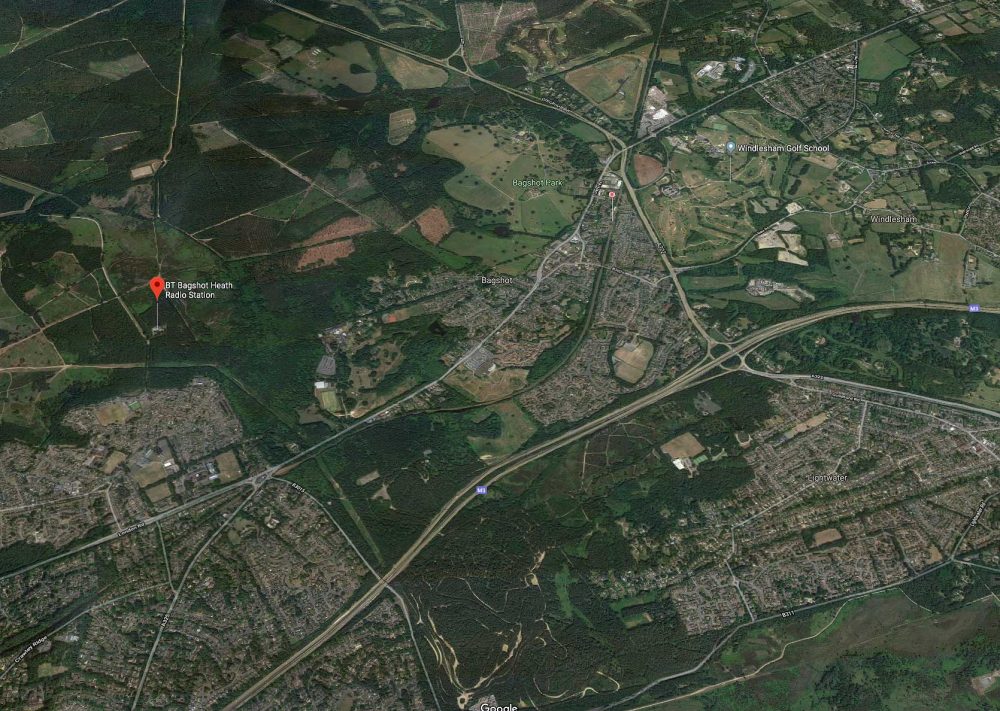 The absurd design of some parts of UK airspace has been highlighted by the CAA itself in its latest update on infringement hotspots – in this case, Bagshot in Surrey.

The CAA says it “has noticed a recent increase in airspace infringements in the southwestern corner of the London Control Zone (CTR) where pilots are navigating using the navigation features in the vicinity of Bagshot.”

In its wisdom, the CAA has designated both the town of Bagshot and the nearly adjacent junction with the M3 motorway as Visual Reference Points (VRPs). Both are in the London CTR, which is Class D airspace at this point, and 6nm south of the final approach track to Runway 09R at London Heathrow Airport.

It has to be said that Bagshot is not easily distinguishable from the air – it’s just another cluster of buildings in a fairly built-up region. However, the more easily spotted 765ft radio mast a bit further southwest of Bagshot is NOT a VRP. More importantly, it does lie outside the CTR – by a mere 300 metres. See top photo which can be viewed larger here.

So the CAA’s advice is, “Pilots not in receipt of a clearance to enter the London CTR should maintain a track to the west or southwest of the mast.” 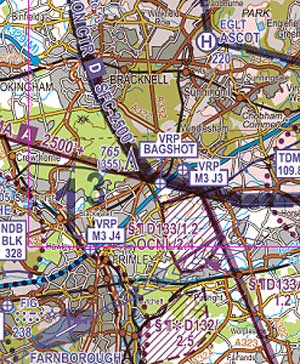 Note: do not fly over either of the official annotated VRPs on the CAA’s own 1:500,000 chart – Bagshot town or Junction 3 on the M3 – because that’s an airspace bust unless you have a clearance.

The CAA carries on: “To prevent an airspace infringement, as part of pre-flight planning and in-flight execution, pilots are strongly encouraged to:

Of course, the CAA could always designate the TV mast as a VRP.

* Take 2: remain 200ft from the base of controlled airspace and/or and 2nm from edge of any airspace.