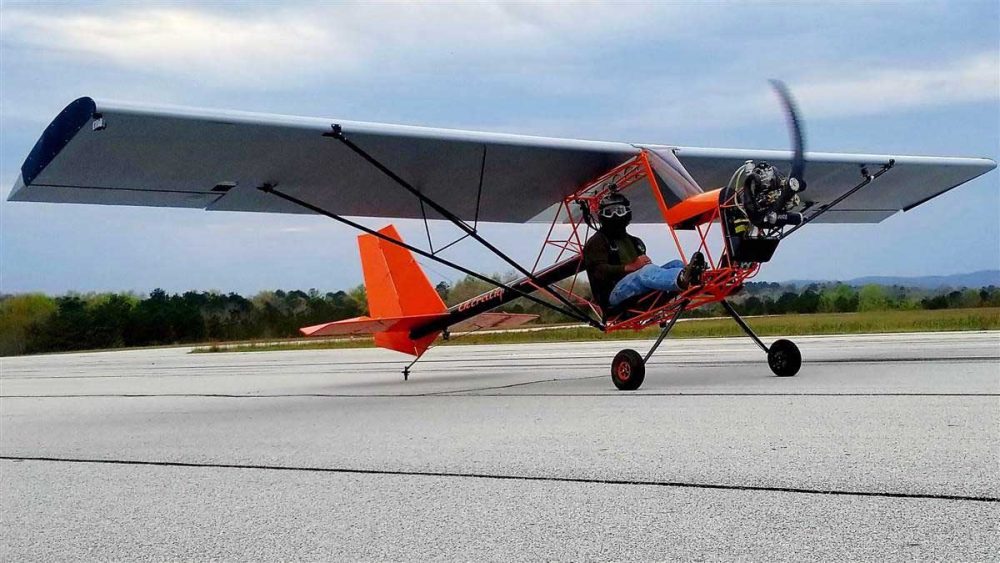 It’s back to bare essentials for Just Aircraft with its latest aircraft, the ‘Just 103’.

It conforms to the US Part 103 ultralight category with a single seat, weight less than 254lb and with a top speed less than 63mph, and will probably meet the UK’s SSDR criteria.

The Just 103 will be available as a ready-to-fly aircraft or as a complete kit. It’s designed by Troy Woodland who also created the Just Aircraft SuperSTOL.

The ultralight was shown at this year’s Sun ‘n Fun event in April in unfinished form. Just Aircraft expects to have a production version available at July’s EAA AirVenture Oshkosh show.

The prototype is currently in a three-axis, high wing configuration with an aluminum boom tube that connects the tail group to the 4130 steel tube fuselage. Woodland has announced that he will be changing from the aluminum tube to a steel truss.

The design goal with the Just 103 was to provide optimum visibility and Woodland believes he has succeeded. Aside from a narrow windscreen, the pilot is pretty much in an open air cockpit. Engine is a 37hp Polini Thor, popular with powered paragliders.

Build your own aircraft!