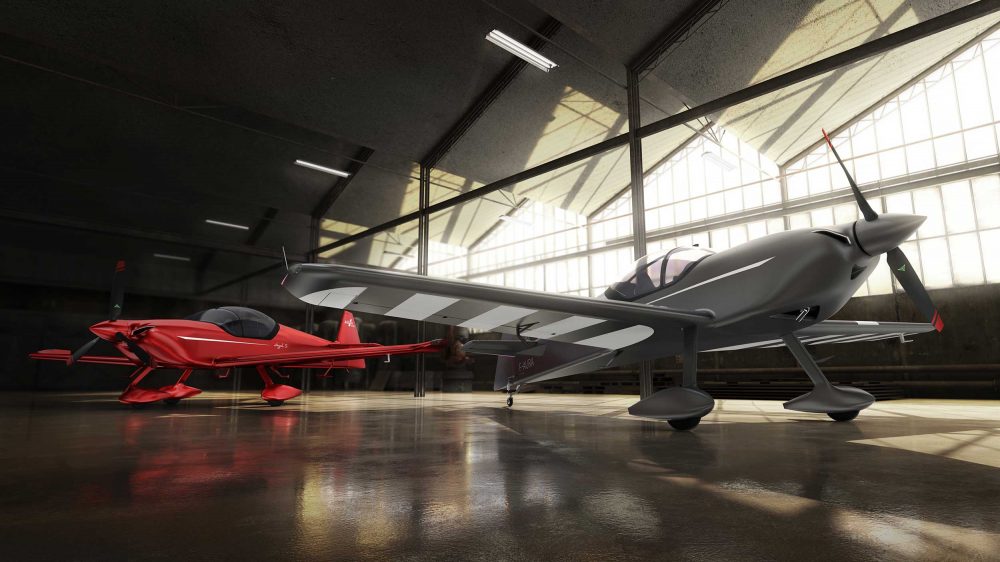 A new French startup manufacturer called Aura Aero, based in Toulouse, has released details of its first aircraft, the Integral.

It is a two-seat aerobatic aircraft and will be available in two configurations. They are the Integral R with tailwheel landing gear and the Integral S with a nosewheel.

The Integral will go through EASA type certification under the new CS-23 airworthiness regulations and will be available as a factory-built ‘turnkey’ aircraft and also as a kitplane.

The company was founded by three enthusiasts and engineers: Jérémy Caussade, Fabien Raison and Wilfried Dufaud.

Launch customers have also been announced. The kitplane has been chosen by the Midi-Pyrénées Voltige (MPV) and the factory-built version by Dijon Voltige. Both are French aviation clubs specialising in aerobatics.

Aura Aero says control of operating costs is an essential criteria for this new aircraft.

“Maintenance, for example, has been optimised since the design phase, with the existence of a ‘system bay’ and the possibility of changing the engine in less than one hour thanks to a ‘plug and play’ propulsion system,” said a company spokesperson.

“Access to the vital organs of the aircraft is immediate, enabling to gain time during periodic inspections. A dedicated digital system for follow-up of flight operations and maintenance is also available for customers.”

All aircraft are equipped with a ballistic airframe parachute, anti-crash fuel tanks and anti-crash seats with energy absorption.

“Environmental concern is a key component of the Inetgral project,” continued the spokesperson, “with the use of carbon-wood, a composite material enabling to combine light weight, resistance and easy implementation and repair.”

First flight for the Integral is scheduled for the first half of 2020.