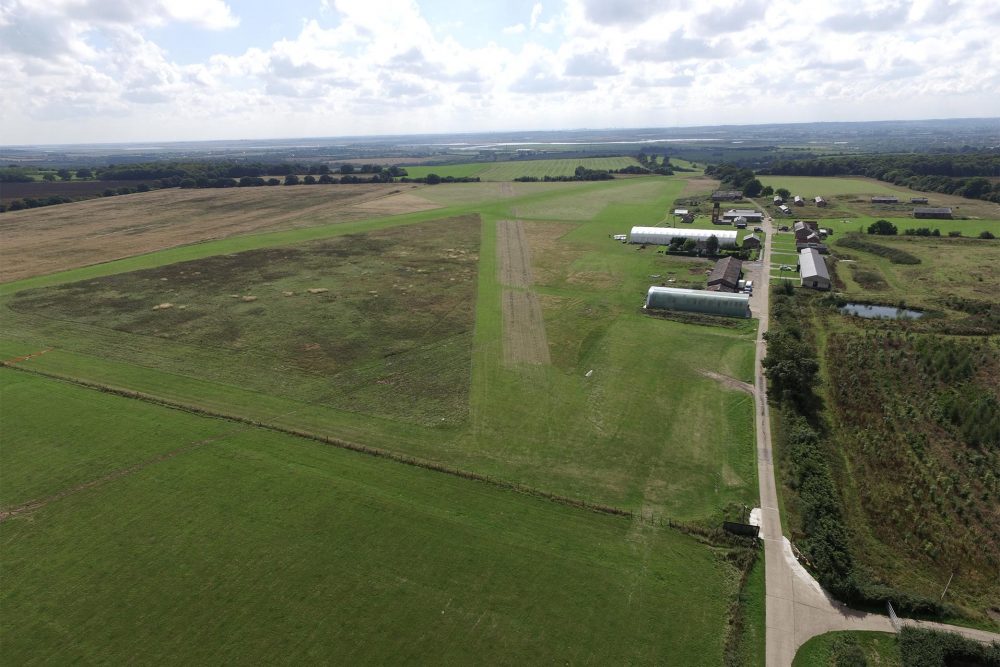 WWI airfield Stow Maries in Essex has issued a plea for a WWII Hurricane fighter to enable a re-enactment of the day a Hurricane landed at the airfield during the Battle of Britain.

On 7 September 1940, one of the most active days of the Battle of Britain, 21-year-old pilot Denis Crowley-Milling was flying as Red 3 in Douglas Bader’s 242 Squadron operating out of RAF Coltishall in Norfolk.

242 Squadron was scrambled to intercept an incoming raid heading for the London docks. The interception was made over the east of London.

Crowley-Milling successfully destroyed an ME110 but was in turn hit by an ME109, who managed to put a bullet through his radiator, another through his left aileron, and a third into the armour plating behind the pilot’s seat.

With the Hurricane severely damaged and just able to keep control of the aircraft, Crowley-Milling desperately sought somewhere to put down.

Spotting what looked like an airfield below he made a high-speed crash landing, wrecking the undercarriage but the aircraft did not catch fire. He suffered severe bruising and a cut to the head.

Crowley-Milling climbed out and made his way to a nearby searchlight position, where he was given first aid and a cup of tea. It was here that Crowley-Milling found he had landed at the abandoned RFC airfield of Stow Maries.

The aircraft was later dismantled and taken away by the RAF.

Crowley-Milling went on to have a very successful career in the RAF, retiring as Air Vice Marshal Sir Denis Crowley-Milling, CBE, KCB. He died in 1996.

This was the only time Stow Maries saw a landing by a Hurricane, and now as part of the Battle of Britain 80 event, the team at Stow Maries Great War Aerodrome would like to see another Hurricane at Stow on the 80th anniversary of the landing on 7 September 2020.

“We are looking for any help from the aviation world and any Hurricane operators that we can enlist to help towards the restoration of this important UK Aviation site,” said a spokesperson.