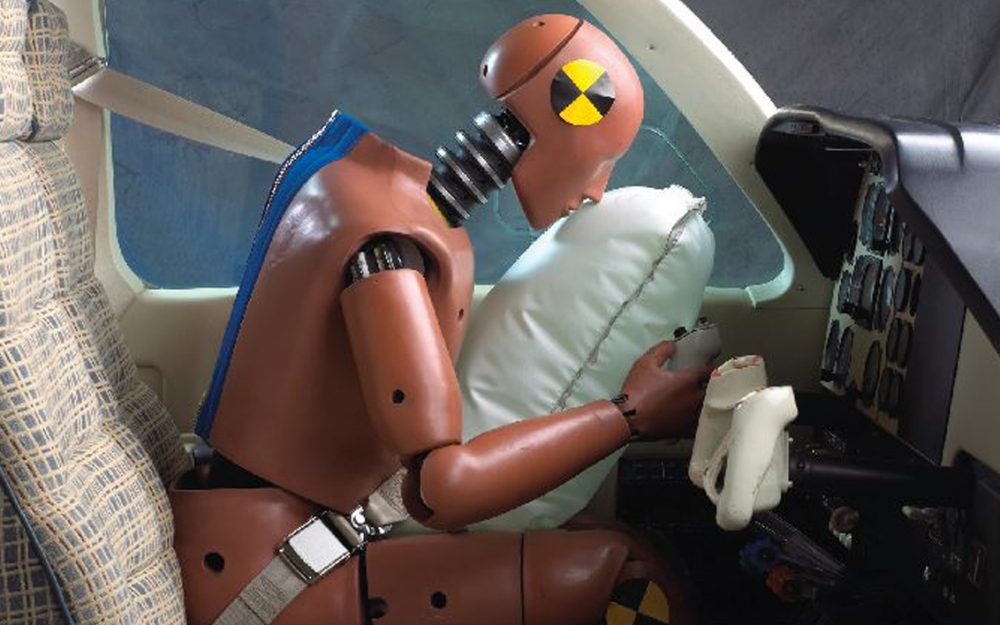 Older aircraft rarely have any crash protection so it’s good to see that recent changes in the certification process have allowed a useful update – affordable airbags contained within the aircraft’s seatbelts.

The Amsafe SOARS airbag seatbelt technology has now been approved for retrofit installation on older aircraft by the US authority, the FAA. A supplemental type certificate with an approved model list of 541 models has been agreed.

Amsafe airbag seatbelts are already fitted as standard equipment on some new aircraft including Cirrus SR20 and SR22, Cessna singles, Mooney, and Diamond DA40 and DA42.

The SOARS system is for sale at an introductory price of $2,580. It’s available in two- and three-point harnesses for Part 23 aircraft (excluding Part 23.562 aircraft). Under the FAA/EASA bilateral agreement, it should be possible to fit to European aircraft as well.

The system also can be installed as a retrofit on experimental aircraft currently using two- and three-point harnesses, according to Jim Crupi, AmSafe business development and technical support manager.

The Amsafe SOARS system will deploy in 50 milliseconds if it detects longitudinal deceleration of 9 Gs lasting consistently for 40 to 50 milliseconds. The airbag deploys from the lap belt on both configurations.

The FAA called the STC, “a step forward toward increased safety and occupant protection.” The airbags can reduce the risk of head and torso injuries.

The restraint system needs to be installed by a licensed aircraft engineer and an FAA Form 337 completed (the FAA form is not required for installation on experimental aircraft).