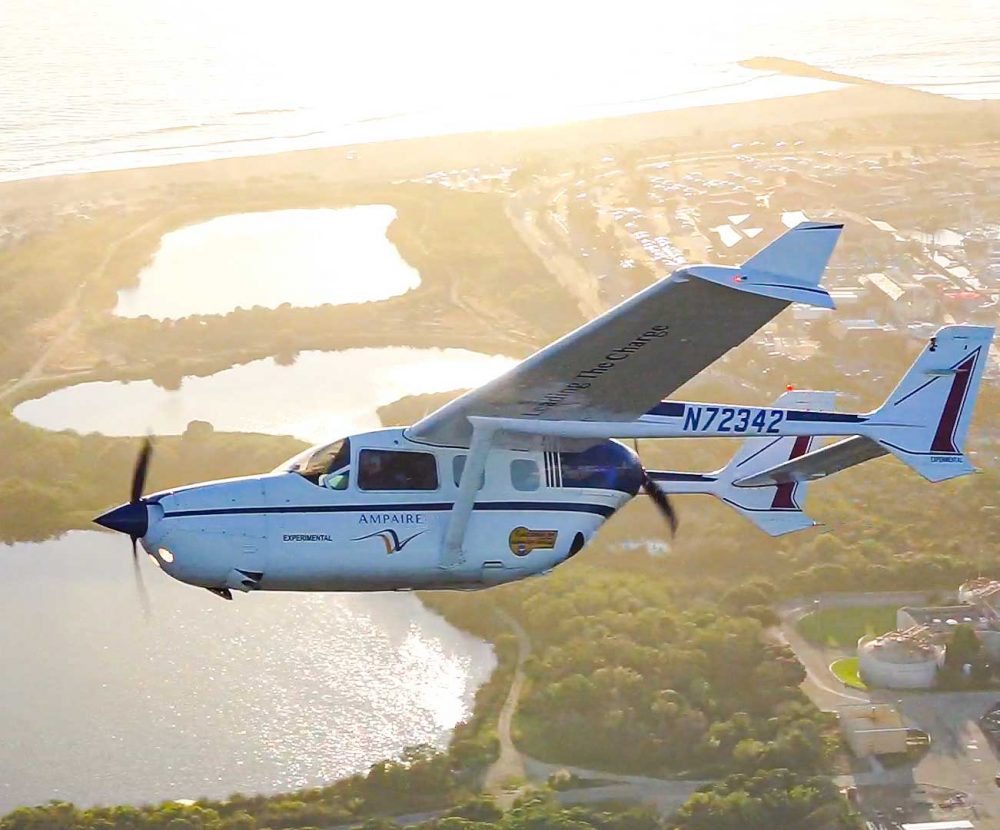 +VIDEO The hybrid-electric Cessna 337 twin being developed by Ampaire will go on display at this year’s EAA AirVenture Oshkosh with Letters of Intent being accepted by the Californian company.

The Ampaire Electric EEL is a retrofit of a Cessna 337 and has a conventional combustion engine plus an electric motor/battery pack drivetrain. The company already has more than a dozen letters of interest from regional airlines and charter providers.

“The original Cessna 337 provided great utility, and this hybrid electric conversion retains those advantages while reducing fuel cost and maintenance by about 50 percent.”

The EEL made its first test flight in June and is in the process of systems evaluation and envelope expansion. It has made flights of more than one hour’s duration and demonstrated single-engine climb on each powerplant. The test programme will last about 30 months, with additional propulsion configurations tested, culminating in STC certification by the end of 2021.

The company will offer pressurized and unpressurized versions of the aircraft. Winglets and STOL kit are standard. The interior can be equipped with four or six seats. The aircraft will be cost competitive with comparable current production piston twins.

“This is something new and exciting in General Aviation — twin engine redundancy and performance on as little as 10 gallons per hour in cruise flight,” said Noertker.

“Plus the opportunity to reduce your environmental footprint and still enjoy the freedom and flexibility to fly as you wish.”