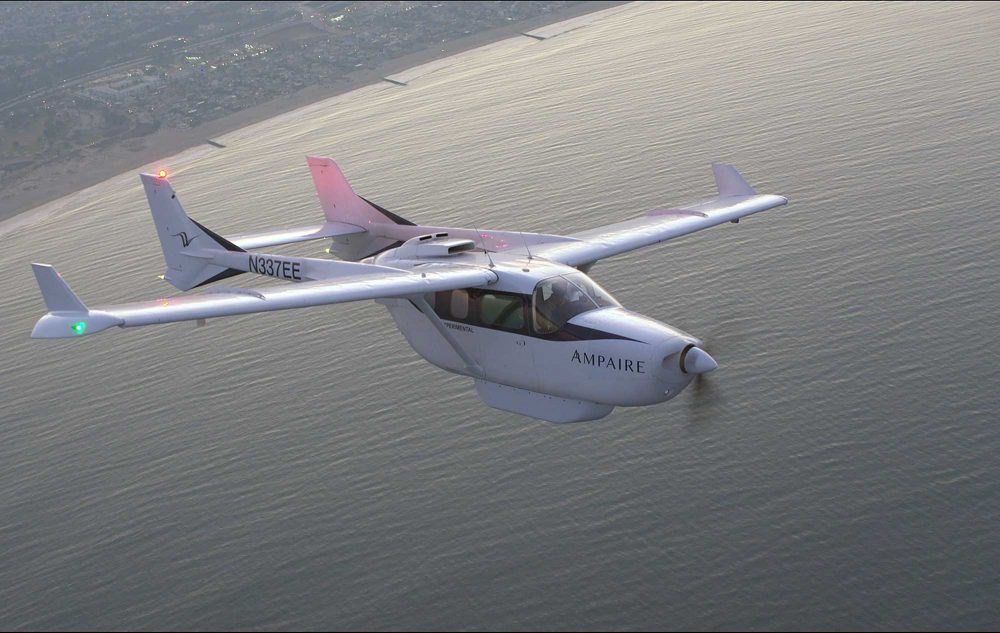 Hybrid-electric aircraft developer Ampaire is to demonstrate its testbed aircraft in the UK in two locations: the Orkney Islands and Exeter in the south-west.

The demo flights are to show airlines how Ampaire’s hybrid-electric propulsion system could work on smaller, regional aircraft.

The first stop is the Orkney Islands in Scotland for participation this summer in what’s known as SATE – Sustainable Aviation Test Environment – a programme supported by the UK government’s Future Flight Challenge.

Ampaire’s demo aircraft is a Cessna 337 which has power units in the nose and the tail. It has been prepared for the Scottish flights, over water between Wick and Kirkwall, with specially painted wingtips to represent the tartan pattern of Highlands and Island Airports Limited (HIAL), which oversees SATE.

Loganair is understood to be interested in the demo and Ampaire has revealed it is working on a hybrid Twin Otter, which Loganair already operates on some routes in the Scottish islands.

The second part of the UK trip is to the south-west, where the Ampaire hybrid aircraft will fly between Exeter and Cornwall, currently an unserved route that would “become more feasible with lower cost hybrid-electric propulsion.

The team has received a share of £30 million from the Future Flight Challenge for its 2ZERO proposal to demonstrate hybrid-electric aircraft on regional routes in the south-west.

On the Road Again
Our second testbed aircraft, N337EE, is ready to ship to the UK for airline flight demonstrations. pic.twitter.com/9OX3YY5RtT