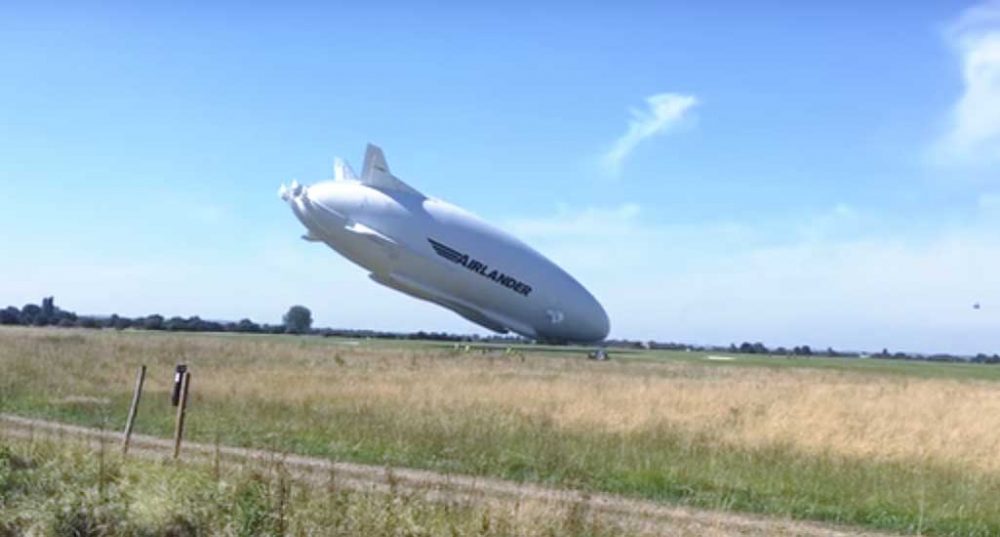 +VIDEO It’s emerged that the hybrid airship, Airlander 10, did come into contact with high voltage power cables before going on to make a nose-first heavy landing on its second flight.

Hybrid Air Vehicles, who are behind the airship project, had initially denied witness reports that it had struck a power line but later admitted, “Hybrid Air Vehicles Ltd can confirm a mooring line attached to the Airlander did contact a power line outside the airfield. No damage was caused to the aircraft and this did not contribute to the heavy landing. We are sorry for any inconvenience this may have caused to anyone.” The local power company said five customers had lost electricity as a result.

The nose-first crash appears to have crushed the airships cockpit but luckily no one was hurt.

HAV issued this statement, “The prototype Airlander 10 undertook its second test flight and flew for 100 minutes, completing all the planned tasks before returning to Cardington to land.

“The Airlander experienced a heavy landing and the front of the flight deck has sustained some damage which is currently being assessed. Both pilots and the ground crew are safe and well and the aircraft is secured and stable at its normal mooring location.

“Hybrid Air Vehicles runs a robust set of procedures for flight test activities and investigation of issues. We will be running through these in the days ahead as we continue the development of the Airlander aircraft.” 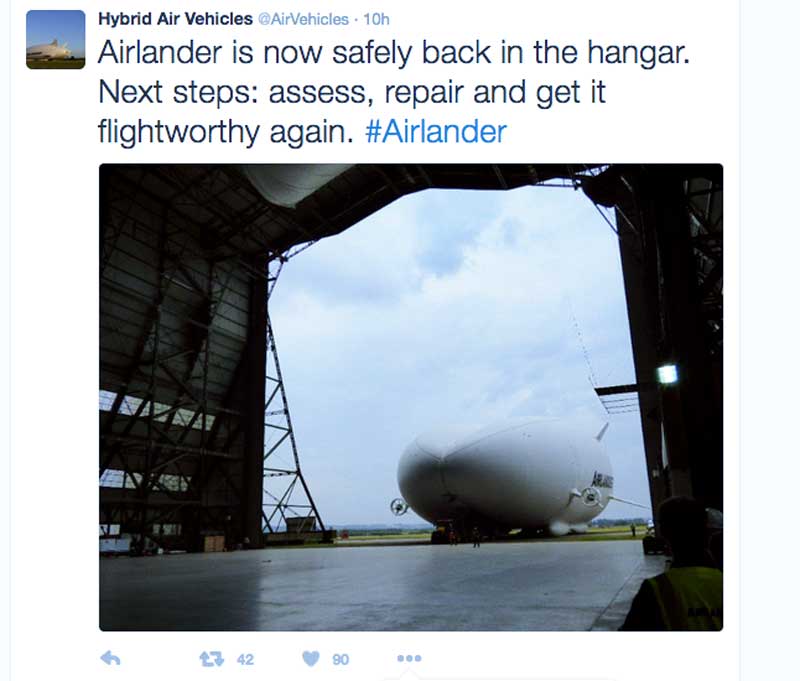