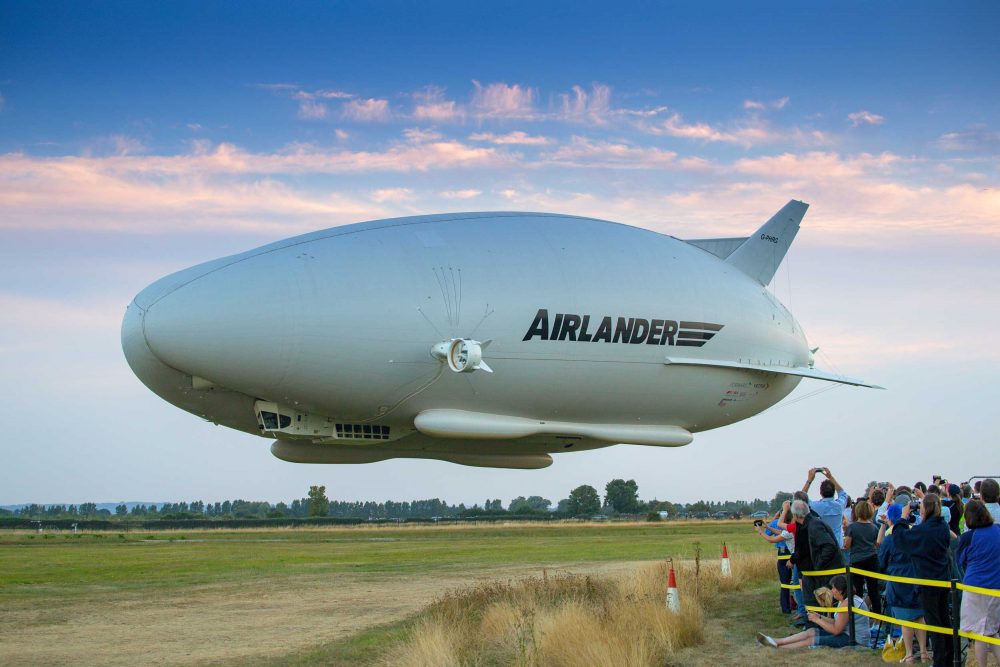 The next Airlander 10 hybrid airship will have an electric power system, supplied by Collins Aerospace and working with the University of Nottingham.

Collins – which used to be known as Rockwell Collins – has completed a critical design review and started fabrication of a 500 kilowatt electric motor for the Airlander 10. First tests of the motor are expected in 2023.

Hybrid Air Vehicles, which is developing the Airlander 10, says the next airship is planned for 2025 and will have hybrid-electric propulsion to begin with, followed by all-electric by 2030.

The airship’s four fuel-burning engines will be replaced by Collins’ 500kW electric motors, starting with the two forward engines in 2025 and the two rear engines in 2030.

Collins is designing and testing the motor at its Electronic Controls and Motor Systems Center of Excellence in Solihull, UK, where it recently invested $18 million to expand the campus.

“Airlander 10 has the potential to be the world’s first zero-emission aircraft, while pioneering game-changing electric flight technologies in the process,” said Marc Holme for Collins Aerospace.

“As the aerospace industry continues to look for ways to reduce its carbon footprint, electric propulsion offers a significant solution that will create a more sustainable future for our industry and our planet.”

The project has the support of the Aerospace Technology Institute (ATI).

“These technology developments will enable economic growth and jobs in the UK aerospace sector.”

Hybrid Air Vehicles announced in April this year that the fuel-burning engines will be the RED A03 diesel V12s, which already have certification with EASA.