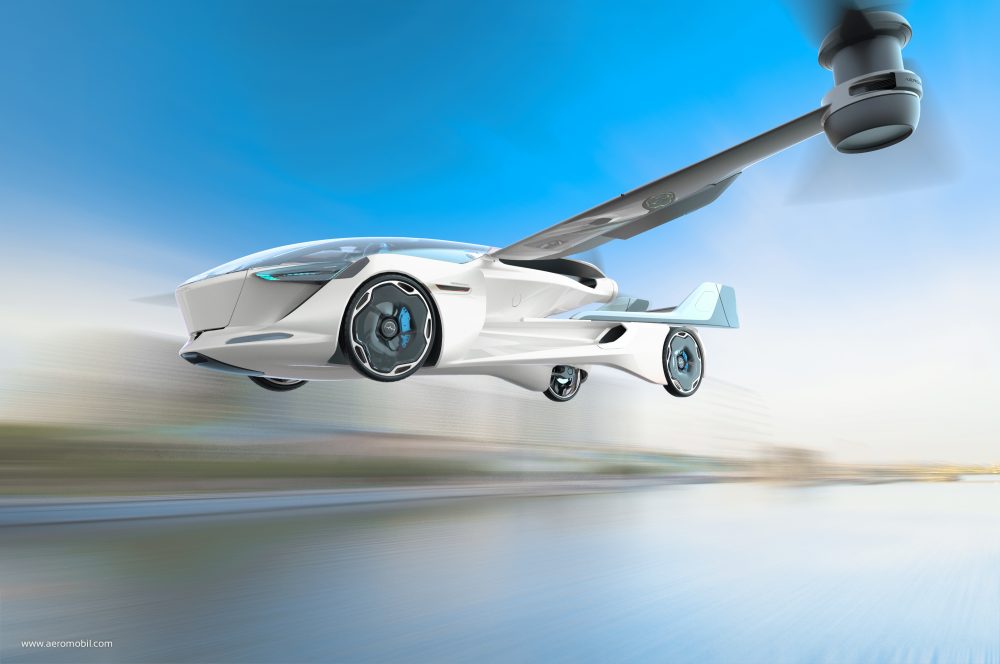 The company has also revealed more details about the 4.0 version which is powered by a conventional 300hp 2.0-litre turbocharged petrol engine and has Short Takeoff and Landing (STOL) abilities.The last AeroMobil prototype, the 3.0, was successfully flown but crashed on its last flight.

“Our strategy solves the limitations of alternative VTOL concepts which are tied to dedicated landing pods rather than also using the existing road infrastructure.”

The AeroMobil 5.0 VTOL concept has two electrically driven rotors mounted on the outboard ends of the wings for vertical takeoff and landing. Horizontal thrust is provided by an electric powered rear mounted pusher propeller. It will seat four passengers with each having access to flight or drive data and advanced communications.

The AeroMobil 4.0 STOL is currently in testing. It’s planned to have a range of 700km.
AeroMobil says production of the 5.0 VTOL model will follow the 4.0 STOL roll-out which will be available in a limited series to private owners around the world in 2020. The company expects the AeroMobil 5.0 VTOL concept to be available within the next seven to ten years.

“It is also designed within existing regulation, hence enabling much sooner go-to-market in 2020 than the electric VTOL category, which in general is being mooted as ready for shipment in 2025.”

Key features of the AeroMobil 5.0 VTOL