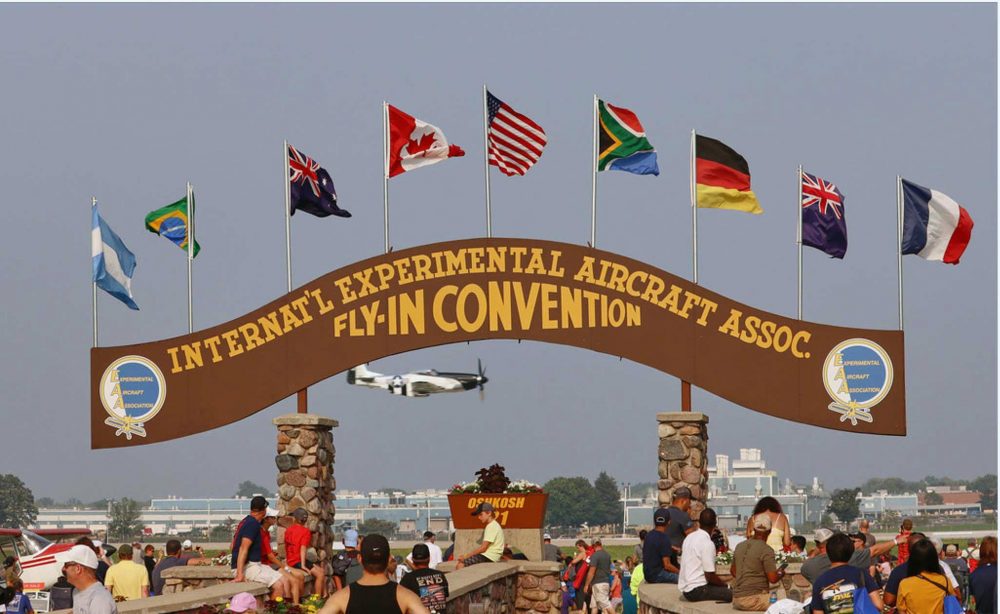 The Experimental Aircraft Association (EAA) which runs the AirVenture fly-in and show at Oshkosh has issued key facts and figures about this year’s event, which ended a week ago.

Total aircraft: More than 10,000 aircraft arrived at Wittman Regional Airport in Oshkosh and other airports in east-central Wisconsin. At Wittman alone, there were 16,807 aircraft operations in the 11-day period from July 19-29, which is an average of approximately 127 takeoffs/landings per hour.

Camping: More than 12,300 sites in aircraft and drive-in camping accounted for an estimated 40,000 visitors.

Forums, Workshops, and Presentations: A total of 1,500 sessions attended by more than 75,000 people.

Additionally, EAA web streams were accessed more than 1.6 million times by viewers in more than 200 countries, who watched more than 315,000 hours of activities from the AirVenture grounds.

The Gathering shines: The EAA Aviation Foundation’s annual event to support its aviation education programs attracted some 1,400 people and raised more than $2.8 million dollars that will be focused on EAA’s mission of growing participation in aviation.

Jack Pelton, former boss of Cessna and now chairman and CEO of the EAA said, “We went into this year not knowing what AirVenture would look like and how big of an event was possible. The aviation community spoke loudly, though – it was ready to come to Oshkosh and we were happy that we could welcome them.

“Our theme was ‘The Wait is Over’ and indeed it was. And the wait was worth it. There was joy and excitement throughout the grounds and it set the stage for the return of AirVenture, making us very excited for the future.”