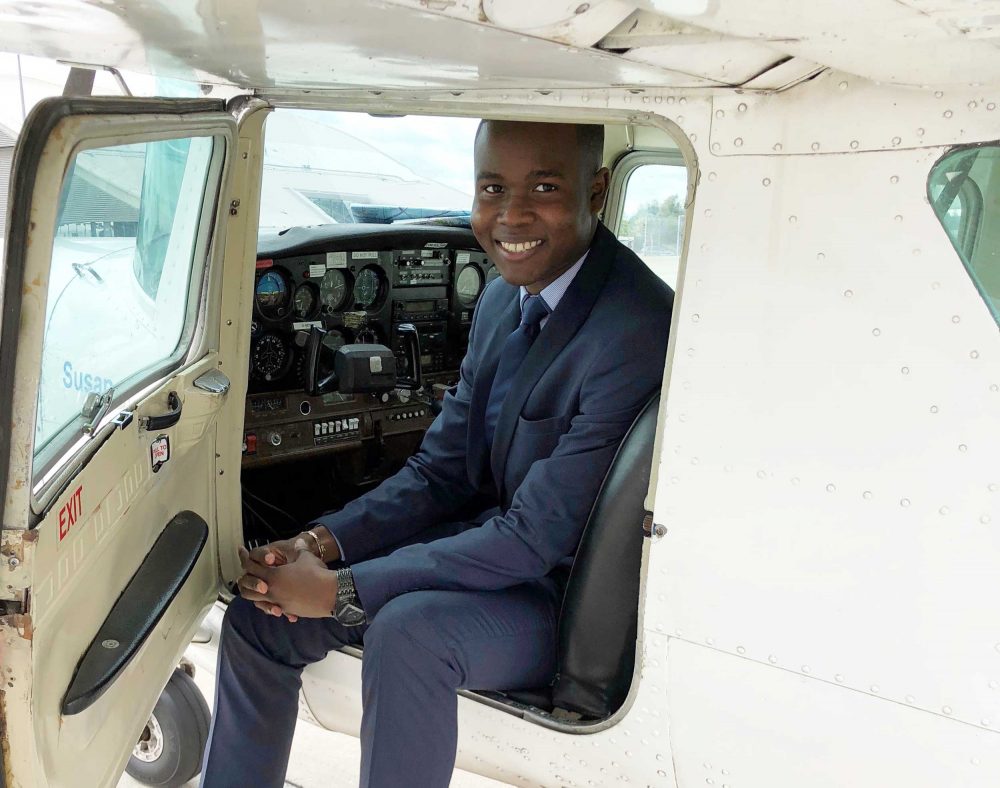 A 17-year-old man who suffered from leukaemia as a child has won the 2018 TAG Farnborough Airport Flying Scholarship.

The scholarship provides training towards a Private Pilot’s Licence (PPL). Reshe Harrison has been training for his PPL at Redhill Aviation and wants to go on to become an airline pilot.

The TAG Flying Scholarship is part of the airport’s Aviation to Education programme. Now in its 11th year, the programme engages schools and colleges within the local area to inform and educate about aviation.

TAG Farnborough Airport grants one young person a scholarship with the aim of supporting individuals who might otherwise not have the necessary resources to gain flying experience and ultimately achieve their PPL. Over the past 11 years, scholarship recipients have progressed to a variety of professional roles within the aviation industry such as commercial airline pilot.

Reshe is currently studying for a BTEC Extended Diploma in Aeronautical Engineering at Kingston College.

The defining moment came for a six-year-old Reshe – in the middle of his treatment for leukaemia – on a children’s charity flight to Orlando.

During a conversation with the Captain of the Boeing 747, Reshe explained that one day he wanted to be just like him to which the Captain responded, “Work hard, be the best and one day I hope to see you in the cockpit.”

Before being awarded the scholarship, Reshe completed a competitive application process, underwent aptitude tests and an interview before final selection.

Reshe said, “I would like to thank TAG Farnborough Airport for providing me with such a fantastic and unique opportunity.

“Since that memorable day when I was just six years old, I have worked towards my ultimate goal of becoming a professional pilot.

“The support of the Flying Scholarship has provided me with that vital stepping stone to go on to university to study Air Transport with Commercial Pilot Training, and has ultimately given me the chance to make my dreams a reality.”

Brandon O’Reilly, CEO TAG Farnborough Airport, said, “I am delighted to award this scholarship to Reshe. We are keen to encourage young people to reach their full potential and are extremely proud to support this through our community engagement.”

And the taildragger scholarship goes to… John Hardie