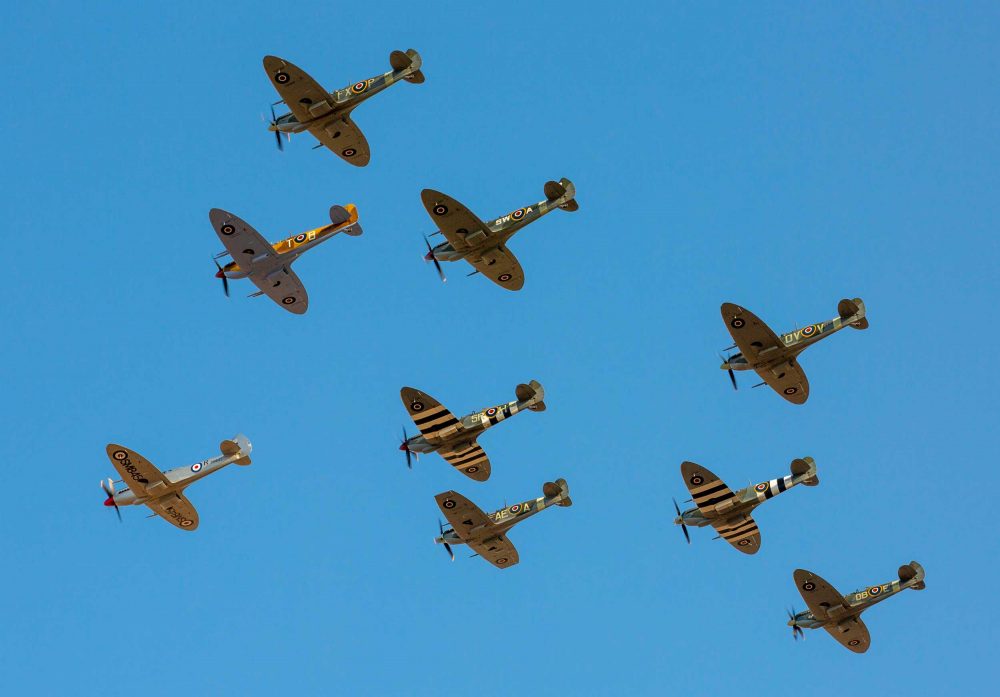 No fewer than 14 Spitfires will take part in IWM Duxford’s 1940s inspired Battle of Britain Air Show on Saturday and Sunday, 18-19 September.

Other aircraft taking part include the RAF Battle of Britain Memorial flight which will open the show with a Spitfire, Hurricane and one of only two airworthy Avro Lancaster bombers remaining in the world.

Also featuring are the Great War Display Team who will be performing a choreographed dogfight with WWI aircraft.

The showground includes a vintage fairground complete with a carousel and ferris wheel, and living history re-enactment groups, including Spirit of Britain who will portray the life and roles of 19 Squadron, based at RAF Duxford during the Battle of Britain.

All IWM Duxford hangars and exhibitions will be open throughout the weekend including the recently opened Ops Block, an audio-visual experience.

IWM is asking ticket holders over the age of 18 produce evidence (in line with an NHS Covid Pass) of either a negative Covid-19 test result or proof they have received two doses of a Covid-19 vaccination.